Changing Role of the Supervisor (Manager!)

PGS’ founder and author Bill Dann has just completed a 2nd edition of his popular book: Creating High Performers, 7 Questions to Ask Your Direct Reports.  We have started a series of short posts to introduce the new book and give our readers a few takeaways they can use now while they wait for the new version to go to print. In our previous posts, we have covered changes to the 7 questions themselves and employees at opposite ends of the performance spectrum. In this quick read, we look at the role of the supervisor or manager (the term Bill prefers).

One of the key reasons Bill wrote the 2nd edition was that research findings in recent years showed that the role of supervisor still needed to change, that poor performance in employees  was most often the result of ill-prepared supervisors. Although this was a key theme in the first edition, he felt the need to address the topic again with some added nuances. In the 2nd edition, Bill makes an even stronger case for revamping the traditional supervisor job description. 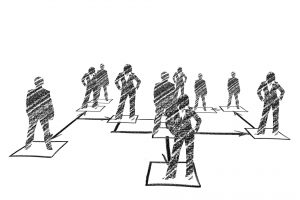 The role of the supervisor originally comes from the belief system that employees won’t perform well unless someone watches over them. It is like the guard at the prison camp who has a whip to keep the prisoners moving.  However, research shows that as many as ¾ of employees are already self-motivated to do a good job the vast majority of the time. About 20% have good and bad days, and may need some extra support and encouragement. That leaves only a fraction of employees who absolutely won’t do well unless someone is looking over their shoulder, i.e. employees who need a supervisor in the traditional role. But for the vast majority of the workforce that traditional supervisor isn’t helpful at best and is utterly demoralizing at worst. Supervisors over time have been defined by a role that works for only a small percentage of today’s workforce, and for the rest, that role is actually damaging to employees.

Damaging? Research shows that 78% of employees who are leaving employment are doing so by their choice because of bad bosses. Employees feel a lack of trust from their supervisors and are frequently micro-managed. To demonstrate the change that needs to happen to support the vast majority of employees, Bill took the term “supervisor” out of the book altogether, replacing it with the term manager.  He also devoted a whole chapter to what managers should be supplying to the employee.

So what is it that the manager needs to provide to these employees who are already motivated? The simplest answer: the manager needs to provide whatever is listed by employees in their responses to the 7 Questions.  Basically, the questions are asking “what is it that I, as manager, need to do to help you, my employee, to reach your full potential? What products should I be providing as a manager?” In a nutshell, the 2nd edition puts tremendous emphasis on what the manager is supposed to be doing and in changing the way supervisors are viewed.

The big “elephant in the room” to successfully make the shift from traditional supervisor to empowering manager is a lack of trust by employees in leadership, particularly their managers. The 7 Questions represents a pretty radical shift in how most employees have been supervised up to this point in time. How does a manager make that transition so that employees trust that if they answer, in effect, “No, you as my manager are not doing what I need so that I can do my job”, they won’t be penalized or ostracized? Employees need to know that they can be honest without repercussions.

Bill discovered in rolling out the first edition of Creating High Performers in organizations, that the issue of trust has been a struggle for many employees. He says that most managers are having to change their viewpoint about being a manager to be successful using the 7 Questions. If they have not changed their belief about what their role is, introducing the new approach to employees is not going to be believable.

When Bill has been coaching managers, the hardest thing has been for them to develop their own personal introduction to their staff about why they are using this program. It can’t be “Because I read Bill Dann’s little book and I want to try this out”, or “The CEO wants us to do this”. Those are not reasons that build trust. There has to be a fundamental shift in how the manager views their role if they are going to get the trust and the honest answers from their staff. Because the 7 Questions take managers from a traditional role of being an overseer and a judge to the role of a coach, mentor or partner in the employee’s performance, managers have to be awfully convincing on how and why they have changed before they can expect honest employees and truthful answers to the questions. Bottom line, unless managers successfully make this shift, the 7 Questions simply won’t work.

Bill’s most desired takeaway for managers reading his book is that they have greater certainty early on regarding 1) what they are supposed to produce in managing others and 2) whether sub-standard employee performance is caused by and the responsibility of the supervisor versus a conscious or unconscious choice of the employee to not perform. In reality, most managers never get training on what they are to do as they work with their direct reports. Bill hopes his book will give managers needed clarity on what they are supposed to do and whether or not they are doing it well.