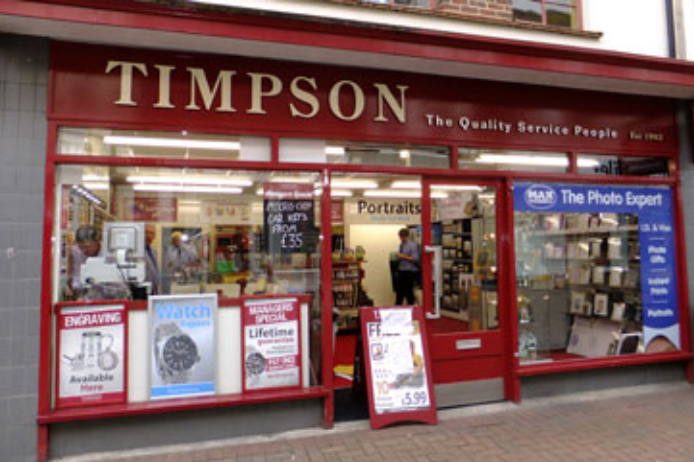 A few years ago, my wife and I visited Scotland and stayed in the flat of some good friends here in Anchorage.  It was located in the small town of Monifieth (near Dundee).  We were advised to go to the Milton Inn for some excellent pub food. It was a great recommendation and we ended up going back several times.  The owner proprietor, Mark Barton, became an instant friend.  We began talking about management theories and practices.  The night before we left, he presented me with several management books written by successful Scottish businessmen.

If you’ve been to Scotland, you know that pretty much everything there is well run.  Streets are clean, trains run on time, service is friendly and competent everywhere. Clearly, there is something in their ale or Scotch that brings out the best.

I eagerly accepted this gift of Scottish wisdom and dove into the books. One of the results of the knowledge gained is a series of blog posts I wish to share with our readers. This post is the lead in that series based on the writings from the authors Mark provided to me.

The first author is John Timpson and the book, Upside Down Management[1]. The book begins with a fascinating story of the author coming into the business at age 10 as a member of the third generation of Timpson’s involved in the shoe business. In his twenties, he witnessed a coup at the board level that took out his father and himself. Sometime later he bought back the business with the help of a venture capitalist. But, the shoe business was changing dramatically. The rise of casual shoes, cheap imports and mail order made shoe stores nearly extinct and put shoe repair shops in serious decline.

Timpson’s approach to management and his decision to diversify into key-cutting, engraving, watch repairs, dry cleaning etc. supported growth to 850 stores by 2010 with continued rapid growth.  There are Timpson stores immediately adjacent the entrance to super markets throughout the British Isles.

One of Timpson’s main philosophies hearkens back to a founding tenet of PGS. Those of you familiar with the early days of PGS may recall that our original logo was an inverted triangle atop a triangle.  It was intended to depict turning an organization on its head, i.e. focusing on making the employees at the bottom of the organization the most powerful in terms of decisions for customers.  That philosophy was grounded in my experience as a manager as well as watching the rise of Nordstroms that was fueled by that same philosophy.  Timpson’s book offers some wonderful nuggets of technique and theory on that same basic philosophy.

What drove Timpson to Upside Down Management was the realization that the only means to successfully compete with a well-capitalized competitor in a shrinking market was superior customer service.  To get there, he theorized that he had to “give branch managers authority and trust them to get on with it.”

Upside Down Management is based on the following basic principles: Timpson’s first attempt at implementing his Upside Down theory started with his “10 Golden Rules of Service” to inform shop staff exactly how to handle customers. However, it didn’t work, as “no rule can cater for the unexpected”, i.e., there was always an exception or special case walking in the doors of his shops that his 10 Golden Rules could not serve.  He realized that he had to empower the shop staff to effectively deal with “the 10% of who need something special”.  He ended up posting the following sign in every branch:

“The staff in this shop have my total authority to do whatever they can to give you amazing service.”

Implementing the new management approach proved much more challenging than he thought.  He expected staff in the shops to welcome the new freedom. But he found that many did not. “Won’t do” employees as I call them, didn’t want the responsibility that came with this new freedom to serve.  Others didn’t trust it.

More importantly, middle-management, in this case Timpson’s area managers, were threatened by it.  Their impression was that since they would no longer be engaged in oversight of individual branches, they had no real authority or responsibility left. What were they going to actually do in this new management model?  Timpson had to re-define their jobs as trainers, delegators, team builders.  He developed a training manual for their new role and gave them flexibility to define incentives for their area. They began to thrive.

He also redefined the “head office” as Timpson House, charged with supporting area managers.  The “head office’ was forbidden from issuing orders and its staff was required to spend at least one day each year working in a branch. Once the dust settled, the approach took off and his staff at all levels, and their customers, thrived under the new philosophy

In the next post, we will explore some innovative techniques Timpson employed to transform his business.