HomeBlog-2Performance ManagementThe End Of The Annual Performance Review: Why is it a Flawed Practice?

The End Of The Annual Performance Review: Why is it a Flawed Practice? 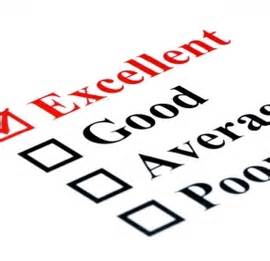 There is increasing evidence that the annual performance review – as it has been practiced – is not only lacking value in companies, but is actually doing damage. General Electric, often cited as a prominent proponent of such review, has recently announced that they are abandoning them. The same is true for Deloitte, Accenture, and Adobe. Why is this? What should replace the review?

The Cons of the Annual Review

Here is my take on why the annual performance review is a flawed practice:

1. Wrong Questions and Categories
The review seeks to evaluate all employees on the same set of criteria. Even worse, the evaluation criteria are often subjective and broad, including such items as “motivation” and “self-starter.” Rating someone on a one to five scale on these subjective categories is arbitrary and unfair. The variety of jobs and therefore performance expectations in a company make rating performance on the same set of questions appear nonsensical to employees.

2. Too Long of a Lag
I remember vividly telling a very loyal/high performing executive assistant in an annual review that I was disappointed in one aspect of her performance. She responded, “how long have you felt this way.” I responded “nine months” and she felt betrayed and was rightfully angry. “Why would you not tell me about this long ago when I could have corrected it then?” This was a great question to which I had no answer. No doubt she was questioning whether I was trying to undermine her or help her succeed.

The annual evaluation becomes a rationale for avoiding meaningful conversations supervisors should be having with their direct reports on a regular basis.

3. Link to Compensation
Not only is the feedback from the review of little value due to the general nature of the categories – but the fact that scores on the evaluation are often linked to compensation makes for a frightful and often dishonest exchange. Both the supervisor and the employee avoid what should really be talked about and simply play a game,which focuses on compensation. The result is little or no positive impact upon performance.

According to a survey conducted by Sibson Consulting, 66 percent of respondents stated that the main objective of performance reviews is to decide on compensation. Only 46 percent of these respondents saw talent management as the primary goal.

4. Reinforces the Old Model of Supervision
Supervision arose from a set of beliefs that employees needed a director, overseer, and judge in order to perform. The overwhelming evidence, especially with millennials, is that these roles are not needed and can do damage. A study by The Intelligence Group found that 72 percent of millennials want to be their own boss and if they do have a boss, 79 percent want their boss to act as a mentor or coach.

I describe the new role for supervisor as that of a partner in performance. Today’s employees are seeking self-mastery and want their supervisors to aid them in getting there.

5. Evaluates the Wrong Party
Annual Gallup surveys continue to find that 20 percent of workers are highly committed and 60 percent are somewhat committed. But traditional supervision practice is purposed in dealing with the remaining 20 percent who are not committed. Companies would be better served if they implemented a means for employees to evaluate supervisor effectiveness in supporting employees to achieve the high performance that they seek. Changes in supervision practice will have more impact than a focus on changing employee practice directly.

What should replace the performance review

A culture shift such as this must be planned and supported but will reap strong improvements in performance.  To learn more about the 7 Questions, click here.

Your thoughts on the annual review? Drop me an email to start a conversation.

*The above post first appeared in the online publication HR.com on 4-15-2016