HomeBlog-2LeadershipA Change in US Business: A look at corporate culture and passion

A Change in US Business: A look at corporate culture and passion 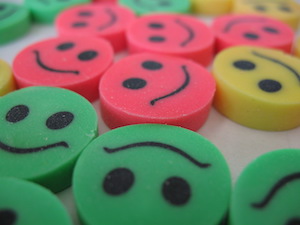 All the political noise re. Bain and Company as well as some recent experience with clients has prompted me to take a look at whether there, indeed, has been a shift in American business and how that might impact the success of U.S. businesses going forward.

Ichak Adizes in his seminal work (Adizes, Ichak, Organizational LifeCycles, Prentice Hall, 1988) on the life of organizations, describes that all business are built on the commitment of a Founder, described as an Entrepreneur or enterprising risk taker. Without such energy, the entrepreneur‘s idea never becomes a business, and the business never survives what Adizes calls ”Infancy“, if it becomes a business at all.

He writes, ”The motivation of the founder has to be transcendental; it must exceed the narrow limits of immediate gain. The commitment cannot be only rational. First and above all, it must be an emotional commitment to the idea and its functionality in the marketplace…the idea should obsess him“. (Adizes, op. cit., p. 15)

Just to be complete, it takes more than entrepreneurship and passion to grow and sustain a company. Adizes writes about four different styles needed and that for an organization to reach Prime, all four must be extant and in proper balance. The key point here is that entrepreneurship or source energy must be sustained. The organization must continue to innovate and adapt to changing customer needs and competitive pressures to survive.

Those of you who have employed our Vision Navigation® strategic planning system are aware of the importance we give to what Collins and Porras (Collins, J. & Porras, J., Built to Last, Harper, 1994) define as Core Ideology: namely, Purpose, Vision and Core Values.

Early in the life of a business, that core ideology is set and maintained by the founder and his/her passion. Long-term success is somewhat dependent on the ability of leadership to get everyone committed to that same passion.

Those of you who have read Steve Jobs biography or one of several books on Southwest Airlines or have experienced Costco are conversant with the vital role that corporate culture plays in setting high performing companies apart from the competition in the eyes of their customers. I have had the honor to work with several companies that have blown away all competitors by virtue of the strength of their corporate culture. Imitators make exact copies of their concept, strategy and the like, but cannot duplicate the experience that the customer has with the market leader. It is the culture that sets them apart.

But, let‘s look at today‘s business climate. About 30 years ago now, business theorists began talking about the need to define the exit strategy in the initial business plan. What? Do you suppose any of the U.S. business icons above had such considerations? No, they were committed to their organizational purpose for life

What‘s changed is that the purpose of businesses, in terms of where the passion lay, is not found in meeting customer needs, but in converting success into huge sums of money by ”going public“ or selling to an aging large player in the market. In some cases, this is happening very early on in the life of the business as the founders seek venture capital to grow the company and give up control of the company in the process (can you say Bain Capital?)

Why does this matter? It matters because the passion that a company was built on and that separated it from the ”also rans“ is at risk as ownership is transferred. The venture capitalist or new owner may well not understand or value the corporate culture. They are focused on and driven by numbers, and numbers don‘t tell the tale.

One of the many reasons I admire Costco is that they operate counter to these trends. Wall Street has for years criticized and under valued Costco because it offers too many benefits to its employees. But, Costco‘s founders understand that employee commitment and execution is what has and will continue to drive success.

My concern is that new ownership in these scenarios may well view employees as replaceable commodities; to be used for their own ends rather then engaged in a team effort in which everyone wins.

As competition becomes increasingly global, I maintain that it is the strength and distinctiveness of our American culture and the companies we own that will enable us to weather threats from companies with lower costs of labor, lack of environmental regulation and the like. We are the most admired country on the planet because of that culture, a culture of opportunity. When that is lost in our companies, we will lose a major hedge against the competition.

What are your thoughts? Please e-mail us.