The Currency of Teamwork 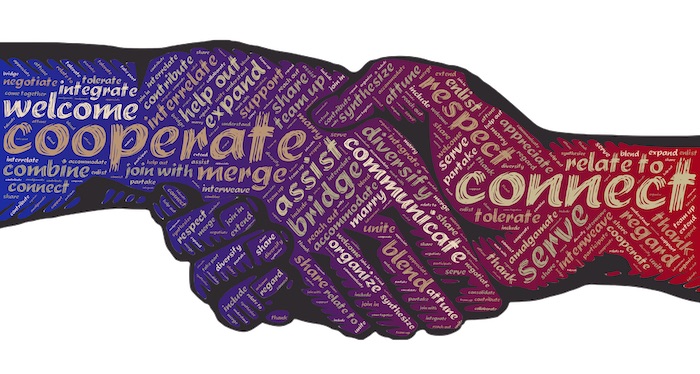 Teamwork. One could fill libraries with books on this subject. Well, what’s the essence of it, and why does it matter? First some definitions: We form organizations because, with the exception of artistic creations, goals or results that are of value require a group of individuals to achieve. Groups that cooperate are more productive, have higher morale and produce better results than those that don’t.

The challenge is that in a teamwork situation, one’s fate is somewhat in the hands of others. If I try to do it all myself, I will certainly fail. The lineman on a football team can’t make all the blocks and can’t also run the ball etc. But, depending on others is hard. Why is that? Because of having been betrayed by those we depended upon in the past. That is, I depended upon someone else and they did not deliver and their failure made me look bad. “I made all my blocks, you didn’t make yours, we lost the game and now the press and fans are on me, my future contract is in jeopardy”, etc. etc.

Think about the times you have been on a project team. Did everyone do their part? Did some members have to carry others? Would you have had greater success had everyone done their part? Lastly, would you want to be on a future team with the member whom you had to carry?

Building a culture of teamwork

At its essence, teamwork is no more than honoring the agreements you have made, even the little ones. It is not just completing assignments on time, it is coming to meetings on time, answering emails, not cancelling appointments.

Hitting 100% of our agreements is a very high standard indeed. We are accustomed to hearing, “sorry I was late” and responding with, “it’s OK” when it’s really not. We waste time and mental energy every time an agreement is not fulfilled.

On some level, with every agreement that you miss, your stock with your team members is eroded. Over time, this leads to an organization or team whose culture is characterized by “reasons” rather than “results.”

I recommend that teams measure each member on delivering on agreements. The principle here is that what you measure and make known will get changed. What remains hidden and unmentionable won’t. Teams should regularly examine the track record of its members on honoring agreements. Celebrate successes and call out the failures. Over time, members will be more realistic in making promises and perform better at keeping them.

The sad irony is that I find that those at the top of organizations are often the worst at meeting agreements. In fact, meeting commitments is usually a focus of my coaching work with executives.

It is true that the higher in the organization you go, the more random the work. That is, the top is the zone of the unexpected. Generally, all problems not solved lower in the organization rise to the top and problems arising in the external environment often enter through the top. Most of them are impossible to predict. The CEO’s office (if there is no chief operating officer) becomes the “emergency room” of the organization.

Top executives justify their failure to fulfill agreements with subordinates on the grounds that their work life is, by nature, chaotic and unpredictable. It’s somehow understandable and okay because I am the boss. The problem is that your subordinates don’t buy it. Those in the executive positions are expected to overcome those challenges. That’s the ability that got them the top job in the eyes of their followers.

If you are not honoring the agreements you make to followers (e.g. “I will review that and have my comments back to you by Thursday”, attending all meetings and on time), it sets an example and an excuse for followers not meeting their agreements. It simply snowballs.

My advice to CEO’s, in prioritizing your work, if there is a task that others are waiting on you to complete in order for them to be productive, make this a high priority. If you set such an example, you will be much more successful in getting others to honor their agreements. Over time, this will create a culture in which teamwork, and thereby performance, flourishes.

As always, if you have questions or would like more information on teamwork, e-mail us.