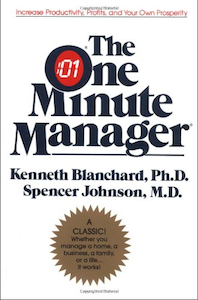 So here we go. What do I mean by “Being Honest”? Nobody really likes to get away with anything. Let me explain.

Let’s begin with the notion that the best relationships, be they personal or business, are those based in complete honesty. If I feel free to be myself without doing harm to myself, then I am likely to prosper.  I can openly recognize my mistakes or failures to act, learn from them and move on. When I feel I have to hide my mistakes or failures to act, then the relationship becomes dangerous, dishonest, and my performance deteriorates. I am spending a lot of energy strategizing on what to hide, communicate, etc. rather than being free to act.

In raising our son, I bore witness to my wife making honesty the highest priority and saw how my son prospered. Our message to him was that we knew he would make mistakes and were accepting of that, but the one mistake he could not make was to be dishonest. As a result, he felt accepted rather than judged. He was free to be himself with us and continues to be to this day.

Look at your own life, when you feel badly about something that you did or failed to do, does it not feel better when you unburden yourself and let others who were affected know about it? Does not the relationship improve because both sides know it is honest and forgiving?

How does this apply to management?

Well, if you buy into my theory, then one of the jobs of leaders is to maintain an honest and accepting relationship with employees.  That means confronting employees now with mistakes made or jobs left undone, rather than letting it go until the annual evaluation or never. Why don’t we confront? Well, we don’t like to hurt people, we don’t like to have difficult conversations, we fear an angry reaction or protest, a grievance—in short, we invent all kinds of reasons.

Employees know when they have made a mistake or failed to honor an agreement.  They don’t feel good about making it or hiding it. They think you know, or that you should know. Your not being willing to talk to them about it lowers their respect for you as a leader.  Do they want to have those conversations about their failings?  Well, if you asked them they would say “no”. But if you ask them afterwards, the clearing of the air and being able to move on is terribly freeing.

Two stories to illustrate the point

First is the story of Louis Gerstner, the chairman and CEO of IBM from 1993 to 2002.  He hired an MBA, recruited fresh out of business school, who cost the company $1M because of the failure of his initial project assignment. The young recruit got a call from Gerstner’s secretary summoning him to a meeting the next day. The young man went home and told his wife to begin packing and call a realtor as he was going to be fired the next day (translation: “I should be fired”).  Gerstner began the meeting talking about his next assignment and the young MBA interrupted asking, “Mr. Gerstner, do you know who I am?”  Gerstner replied, “Of course”.  “Well, I thought you were going to fire me today based on the failure of my project.”  Gerstner replied, “Young man, I just spent $1M on your education, I am not about to fire you”. Imagine how the burden was lifted by this conversation. The young employee was allowed to openly talk about and learn from his failure. Imagine how the respect for and commitment to Gerstner was elevated. Imagine how the story might have gone had Gerstner never had that conversation,in essence, letting the man “get away” with his failure.

The second story involves my first partner, who managed with me back in the days prior to starting my consulting business. She was called “Mac the Knife” because she was brutally honest with her employees and was unbending in her demands that employees meet job expectations. Employees that were not performing would leave meetings with her with tears in their eyes and anger in their voices. She, in turn, would come to my office with tears in her eyes as she didn’t like hurting people, but knew she needed to do the right thing.

What was instructive to me is what would happen after such incidents. There were several occasions when she would run into employees she had terminated (we were in a small town), and they would say, “you know, at the time I hated you, but you made me look at my life and turn it around. Thank you.” Or, “I wasn’t getting anywhere in my life kidding myself and hiding my lack of performance from you. Now I am being honest with my life and have moved on.”  Moral of the story? Nobody likes to get away with anything. So, what’s instructive here?  Two things:  first, be open and honest with your employees.  Practice the One Minute Reprimand, so-named by Ken Blanchard in his best selling management text The One Minute Manager.  Communicate dissatisfaction immediately, let them know you care about it and let them know you value them and their continued performance.  Second, encourage employees to be honest in communicating mistakes and failures to perform.  By doing the first, you create an environment in which the second can occur.

What not to do?  Don’t practice what Blanchard calls “management by prayer”. That is, don’t assign responsibility to somebody else, or to no one, for correcting the deficiencies. Also, don’t do what he refers to as “gunnysacking” your concerns, saving them up for the annual performance review. Telling them long after that they could and should have corrected their behavior only enrages people.

At the end of the day, work relationships, like all relationships, are hard work. Not confronting issues only brings bigger issues down the road. Have the courage to be honest, and it will refresh and renew both your working relationships and your performance.

What’s been your experience?

I am interested in sharing your experiences with our other readers. Send me an e-mail to join the conversation.

Introduction to Dann’s Principles of Management

Principle 1: There is Another Side to Every Issue

Principle 2: What is, IS

Principle 3: There are Politics in Everything, Everybody

Principle 9: Everyone will Find Fairness Somehow