Who Gave You That Idea? Number 6: William Bridges 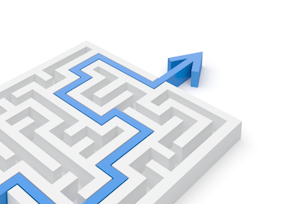 This post is the sixth in a series on management “gurus” who have influenced and shaped the products and services we offer at PGS. To start with post one, click here.

I can’t remember how I was introduced to Bridges, but it was a wonderful fork in the road. We were searching for an answer to the question of why sound, well-vetted and socialized solutions seemed to meet resistance that would delay and, at times, sabotage process improvement initiatives. We needed to improve the success rate on the process improvement projects we were assisting our clients with.

I read Bridges book, Managing Transitions, and immediately reached out to learn more. I went down to Northern California to be trained and certified in his model and methods.

In the ’60s, Bridges was a young professor at the University of California, Santa Cruz, hanging with a number of other professors who entered into a pact that, when they had made their “nut”, they would leave their positions, buy land in the Santa Cruz mountains and live their dream on a commune. The time and the dream came, only Bridges found himself depressed and ultimately ill. Being a researcher by nature, he began looking for solutions. He came upon an early form of the transitions theory that had come from Europe, and then expanded upon it. The end result is a highly useful, and in my view essential, tool for leaders seeking to implement change.

Bridges made the distinction between planning for the physical change, e.g. improved process, new organizational structure, new strategy, etc., and the process individuals go through in making that change. The two are entirely separate and must both be thoughtfully planned and managed for success. Let me frame it in the context of Bridges’ original problem that gave rise to the research, he had planned for the financing and physical move to the commune, but he was not personally ready for his new life at the same time. He was living the dream, but had become depressed in the process.

In a business context, when it is not your dream that you are asked to live, but someone else’s (even if it is defined and planned by a group you are a member of), the depression often takes the form of active resistance. In Bridges research, he found that individuals experiencing change in their organizations need to be in synch emotionally with the change. When they are not, the change leads to low morale, high absenteeism, turnover and low productivity – instead of leading to better performance which the changes are designed to produce. Often leaders abandon a change initiative when they experience such a result. They come to believe they are on the wrong track, when in reality, they just failed to help individuals through their own transition.

Here are the three stages individuals move through in the transition process:

Each individual goes through transition at their own pace. That pace is a function of three things: their perceived impact of the change, what their experience with change has been in the past, and how much total change they are having to endure in their life at the moment.

At PGS, we employ a process for identifying where individuals are in transition (i.e. which stage), and then arm teams with tools to help move individuals through the stages rapidly. Managing Transitions has become a standard component of our Process Advantage® method for improving process performance, and we believe it is one of the keys to the extraordinary success rate our clients have had their projects.

Having said this, it is true that there are some individuals who simply cannot make the transition. They are suffering from what Bridges calls “transition deficit”, defined as too many incomplete transitions, resulting in the inability to move into a new cycle of change. For these individuals, the unfortunate outcome may be having to leave the organization. The tools given to teams enable them to spot these individuals early, take steps proactively and ultimately identify sooner rather than later that it simply won’t work out. In short, more humane for all involved.

To sum it up, what can you do in your own organization today? Simply acknowledging that there is an emotional side to change that individuals must move through is a great start. For any change initiative your organization is embarking on, I encourage you to look for those individuals struggling to make the move to the new process. Identify with them on the challenges of change and help them strategize their way through. To receive a handout we use on transition management strategies, drop me an e-mail, and I would be happy to send you one.

And if you are interested in our other posts in the series “Who Gave You That Idea?”, click below: