Putting the 7 Questions to Work 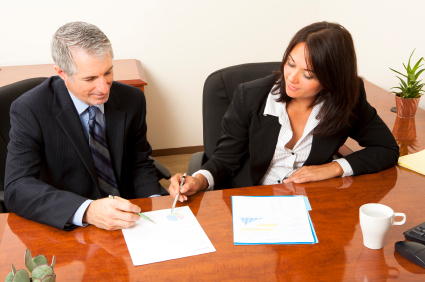 Recap of the Questions

In my last blog post, I introduced a tool called Dann’s Seven Questions, which has since evolved into the tool we refer to as the Question Method. The tool is designed to aid you in self-evaluating your performance as a supervisor while helping your employee improve his or her performance, i.e., a value-added replacement for the traditional performance evaluation. But, why should you do so and what do you do with the information?

As I said in the last post, a question that gnaws away at most supervisors is: “When do I give up on a staff member? I feel I have done everything I can, but it doesn’t seem to be making a difference.” The supervisors saying this don’t have enough certainty on the answer to be able to go into action, e.g. Issuing a formal reprimand or initiating termination. Instead, they are beating themselves up for not doing enough. Well, they may or may not have done enough, but how do they KNOW with enough certainty to be able to take action and still sleep well at night?

The role of belief structure

Most supervisors carry a belief in the inherent goodness of people and a drive to help others succeed. They, like the famous leadership author Ken Blanchard, believe that “God didn’t make junk” or, like W. Edwards Deming, believe that workers are doing the best they can, and it is the system (including training and supervision) that is failing them. Such a belief structure leads to questioning oneself as a supervisor when there is a performance problem and never wanting to give up on an employee because that would be admitting one’s own failure.

I know this well as I suffered from it for years before actually evaluating the performance data in front of me to try to understand more fully what was behind the poor performance I was dealing with. In sum, this benevolent belief structure can lead to never holding an employee accountable for bad performance. The supervisor is left to endlessly chasing her tail trying to determine what she has failed to do instead of the employee, and the performance of the working group never improves.

Some further distinctions about people

I do not propose that you abandon your belief about the basic goodness of people. Rather, I would propose that people at any given time are heavily influenced by what has happened to them, and that in their effort to avoid further damage to themselves, they engage in behaviors that can be destructive at work. Also, there are times in people’s lives when the pains outside of work are overwhelming and render them unable to produce at work.

What do I mean here? I have a member of my extended family who has been damaged by being badly controlled in the past. The impact is that he is completely resistant to supervision, reacting with anger whenever control, or even the suggestion of it, is attempted. The end result is that he is unemployable. I would submit that any supervisor trying benevolence and more help to correct this won’t succeed. Rather, my relative must take responsibility for his reactions to supervision and get help outside of work to sort through the causes. In the same way, an employee that has turned to substance abuse to dull the pains of life is best served by being confronted with the effects of the substance abuse, at times even terminated, to force them to move on to get the real help needed.

Lastly, there is a small but important percentage of folks out there whose past produces problems that are difficult to get clarity on and solve. These people are often hyper-active, appearing to be busy and committed, but at the end of the day, nothing seems to be right in their area of work. They always have a reason for it, the reasons are usually generalities and they end up having both their work group and their supervisor tied up in knots trying to sort this all out.

So now, how do I use the Dann’s 7 Questions, or better, the Question Method toolbox, to navigate this minefield?

Before solving this riddle, let’s talk about how every supervisor can use Dann’s 7 Questions or the Question Method. If you simply want peace of mind regarding whether or not you are doing a good job supervising, ask your direct reports for honest answers to the 7 Questions. Then look over the pattern of what you are not doing well and do some reading or get some teaching on how to improve in that area.

Everyone responsible for supervision would benefit from this exercise.

Now, if you have a direct report that has you wrapped around the axle, e.g. there is a performance problem, you have tried everything in your arsenal to fix it, and you aren’t sure whether you or the employee is the cause of the problem, here is my prescription.

Step 1: define the problem with objective data. What agreements (assignments, deadlines, being late to or absent from work etc.) have been broken? How many times and over how long a period? For the moment, ignore subjective data on both the problems and the reasons. There are always reasons. What is the frequency and pattern here? A frequent and consistent pattern, even if there are reasons given, indicates a real problem. If nothing else, it indicates a low level of responsibility to cure or eliminate the causes (e.g. get a new babysitter, see a doctor, make agreements that you can keep, etc.).

Step 2: meet with the direct report to go over the data and make clear that the pattern is unacceptable no matter the cause, and that the purpose of the meeting is to determine the cause and solve the problem.

Step 3: go through each of the 7 Questions or better, employ the Question Method arsenal and get a definitive yes or no response.

Step 4: for each “no” response, get the direct report’s reality on what is missing. Do not allow generalities to be legitimate responses. For example, “more communication” doesn’t cut it. What specific information is preventing the direct report from producing or meeting agreements? If this can’t be answered in specifics, it is a “no, pass”, meaning the employee is responsible for the non-performance.

Step 5: for “no” answers, come to agreement on a specific set of actions with deadlines that you as a supervisor will take to get to “yes” on all 7 Questions and set a date to meet again to review the questions. For the “yes” answers, do the same, only with specific actions outlined for the direct report instead. If there are no legitimate “no” answers, issue a formal warning, come to a list of new agreements in the near term that must be met to retain employment and then set a date to meet and review performance on those new agreements.

Now, if you are on this last course, i.e., the formal warning, and you are served up a bunch of emotions and reasons outside of work for why this non-performance is happening, do not rise to the bait. Rather, indicate that it is the employee’s responsibility to deal with these causes, that you will support them in locating resources or perhaps offer leave with or without pay to deal with it, but offer a short time frame.

Dann’s 7 Questions and the Question Method are designed to help you come to certainty on whether performance problems are what Blanchard calls “Can’t Do vs. Won’t Do” problems, and then solve the problems so you can get on with raising the performance your work group, which is your bottom line responsibility as a supervisor.

To get a copy of the Questions, simply e-mail us. Do the same if questions arise when you are using this tool. I would be happy to engage in a conversation with you about using the 7 Questions more effectively.  For a more in-depth discussion of the Questions as well as situational examples and tips, order the book Creating High Performers: 7 Questions to Ask Your Direct Reports. We also encourage you to consider utilizing The Question Method as a tool for training and coaching your managers and for facilitating use of the 7 Questions throughout the organization.