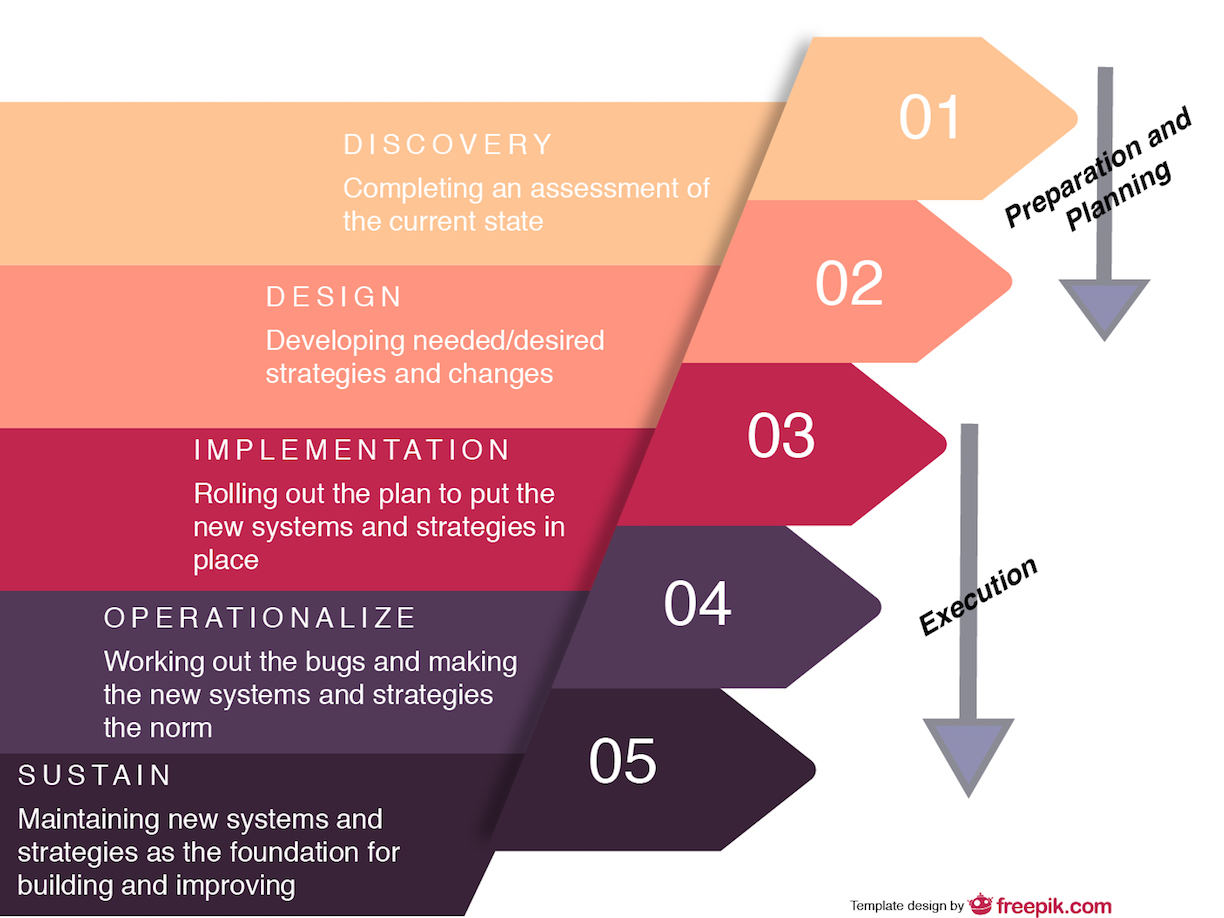 Many of us have heard the saying “If you fail to plan, you plan to fail.” But if that is true, why do so many organizations with a sound plan in place still fail or at least struggle mightily? Having a plan is actually only half the battle, without sound execution of that plan, you might as well have no plan at all.

At PGS, our planning processes – whether they are strategic, project or change processes– incorporate 5 phases: Discovery, Design, Implement, Operationalize, and Sustain (see picture below).  During Discovery and Design you build the framework of your plan, deciding what the strategies are and the steps you will take to put them in place. During Implement, Operationalize and Sustain you execute your plan. Execution is hindered and frequently halted when organizations don’t take their strategic process through all of these last three phases. There is a great quote from Mike Tyson that exemplifies halted execution. When Mike Tyson fought Michael Sphynx, Sphynx was predicted to win. Tyson knocked him out in 90 seconds.  When asked about the fight, Tyson responded to reporters, “everyone’s got a plan until I punch them in the face.”

Implementation is putting your plan in place, i.e., getting in the ring. But if that is as far as you go, if you stop before you operationalize the change or new strategy, stop before it becomes your sustaining foundation, one “punch in the face” could take the new strategy out. The extent to which you follow implementation with operationalize and sustain is the extent to which you can take a punch, be able to adjust and to maintain what you have created.