HomeBlog-2CommunicationSupervision in the Public Sector

Supervision in the Public Sector 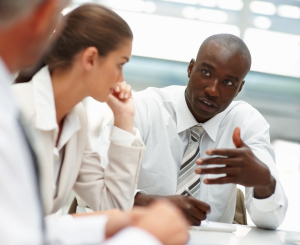 Before we look at public sector supervision, we need to consider two causes of supervisor apathy. First, the challenge caused by the rules of engagement negotiated by public sector unions, making it difficult to both incentivize good performance or deal effectively with poor performance.  Over time, supervisors go into apathy about being able to effectively influence performance.

The second contributor to supervisor apathy is the number of incomplete transitions or changes they have been through.  New governors, new mayors, new commissioners, etc.; each of whom brings their own wish list of changes, many of which are attempted but never completed.  Middle managers learn to just keep their head down and plow on out of commitment to serve the public.  These factors make it challenging to engage supervisors in meaningful efforts to improve performance of those they supervise. It is my experience and that of most of the supervisors I have worked with that, the majority of public sector employees are committed to public service.  So, we are not talking about large numbers of employees that pose problems.  The challenge is that the employees with low motivation and performance, who are not effectively dealt with, can have a negative impact upon the motivation of large numbers of co-workers.  Those co-workers often find themselves unrewarded for picking up the slack of those who are under-performing.

This is how the worker landscape appears to supervisors.  Those of you who have read Creating High Performers (#creatinghighperformers) may remember the story of Anna, a public sector employee with 30 years experience who had given up on performing 5 years into her job, because it appeared to her that no one cared whether she produced good work or not.  My conversation with Anna revealed the discouragement she had experienced from not being valued.  The simple expression of my valuing her and her work as her supervisor turned a non-performing employee into a high performing employee.  The lesson for me was to not make assumptions about the motivation of those you work with, especially whether that motivation can be positively impacted.  You have to have that conversation!

I am not a proponent of the annual evaluation as any kind of solution or effective tool.  In the public sector, those evaluations are often less truthful and effective in generating improved performance. That is why I call for a conversation around 7 key questions to replace the evaluation.

Given public sector conditions, how can a supervisor add value, i.e. improve performance?  My advice to my new executive was to enter into a conversation with employees to identify those who have personal goals for advancement.  Those who do will respond to encouragement, coaching, mentoring, feedback and training.  All of these supervisory actions impact the employee’s motivation to excel in their career, resulting in better performance.  With that focus, public sector supervisors can overcome their apathy and find satisfaction in the critical work of supervision.