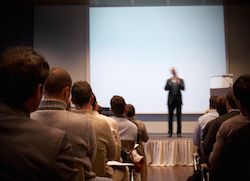 We are on post #6 of 14 in our series on implementing change successfully This post targets the need to get and keep stakeholder support.

Want to get — and keep — stakeholder support? Think CAPI

Years ago, I read the seminal book, Corporate Lifecycles, by Ichak Adizes. It was my introduction to the theory known as CAPI (coalesced authority, power, and influence), which the author later told me, was the single most important element of his research.

According to CAPI theory:

In working to implement change around the world, Adizes had found that, unless these three elements were secured and maintained (Coalesced), throughout the change process, the attempt at change would fail.

CAPI: The difference between success and failure

The efficacy of the CAPI theory came home to me in spades years later, when PGS was charged with designing and facilitating a process in which state agencies could reach agreement on the management of all state facilities by a single agency, rather than by three of them. A similar effort, it seems, had been attempted three years earlier, and it had failed. We soon learned one of the reasons why it had failed.

One of our current participants, who had also taken part in the previous effort, told us this story: He had been approached — prior to the previous effort — about cooperating with the plan. (He had been a leader in the public employee’s union at the time, so he would be considered to have influence or the ability to create or destroy power, in the CAPI model). He pledged to do so –if the change would be job-neutral, meaning that none of his members would lose their jobs.

He was given the assurance that no jobs would be lost. But that was the end of it. The people spearheading the change never brought the subject up again. Then, as the legislation approached passage, our man grew uneasy. In fact, in the end, he actively lobbied to have the measure defeated.

It was, and it took three years to get the effort rekindled.

They got stakeholder support OK, but they didn’t keep it State executives had acquired the cooperation of the union (influence, in CAPI theory), but had failed to maintain it. Because such cooperation is often illusive, it is not enough to secure the pledge and count on it to be fulfilled when it’s needed. Adizes cites example after example, of the importance of coalescing these elements in a change process. In other words, you must not only bring all the elements together, but you must nurture and sustain them throughout the process.

Not sustaining the effort to get and keep stakeholder support for change is one common mistake. Here’s another one:

How many stakeholders are there?

Because organizations are highly inter-dependent, virtually everyone is affected, in some way, by significant change. But, the leaders of change efforts often don’t see all of them. And, even if individuals are not affected directly, they often seek to protect the interests of those who are.

To avoid missing some of these stakeholders, inventory all the individuals and groups, both inside and outside the organization, who will potentially be affected by the change you seek to implement. To minimize the number you miss, invite input from the far corners of the organization to finalize your list. Then, define all the potential losses to be experienced by each group. Finally, develop a strategy that will give each group certainty that the loss can be avoided and or that preferred gains can be achieved. At that point, it is a matter of communicate, communicate, communicate — to make the sale.

Make sure your stakeholders see gains; not losses

Keep in mind that change is met with resistance because it is almost always perceived by stakeholders as a loss, and the gain is either unknown or unappreciated. When I say loss, I mean loss of knowledge, loss of influence, loss of peer respect, loss of relationships, power, and authority. You must make sure that a given change represents a gain to stakeholders and then be sure that they understand that fact.

Assess your readiness for change

The first six issues in our Implementing Change series has focused on laying a good foundation for change in your organization. As a follow-up to this opening set of articles, we have created an assessment of an organization’s readiness for change. You can take the assessment here. At the end of the assessment, add your name and e-mail address, and we will provide you with a complimentary review of your results.

To read the rest of the articles in this series on change click on any of the links below:

Change 2: The Importance of Selling the Big “Why”

Change 4: Let Those Who Do the Work, Design the Work