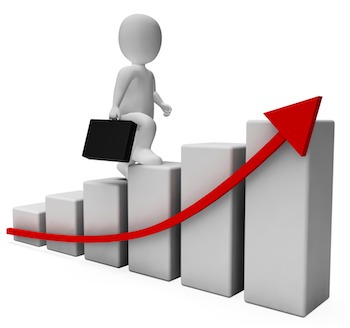 This post is the fourth in a series of five. It addresses the third of the four keys to superior company performance: continually-improving systems. The other posts:

W. Edwards Deming, in his book, Out of the Crisis, offered a ringing indictment of the American management system. It (the current American management system) focuses on finding the right people, rather than developing an optimal system, to support worker productivity. He said that, if America wants to defeat its enemies, it simply needs to export its management system. The Japanese overtook the U.S. auto and electronics manufacturing industry by embracing Deming’s philosophy and methods after WW II. The U.S., meanwhile, continued to search for the right people.

In contrast — and in conflict

The contrast is best exemplified by the writings of Jack Welch, the highly-regarded former CEO of General Electric. He recommended that you terminate the bottom 20 percent of employees (in terms of performance), annually. He believed that this would lead to a workforce at the very top of the bell curve of the human race. To his credit, Welch also embraced quality improvement (known as Six Sigma at GE). However, these two philosophies are in fundamental conflict. My belief and profound experience validates Deming’s philosophy, and counters Welch’s. Don’t get me wrong. Any organization should rid itself of those employees who are not committed to improving performance or bettering themselves. But, my experience is that this group constitutes fewer than 20 percent of the workforce at any given time, and is certainly far fewer than 20 percent per year.

Many employees who have given up on their commitments to improve their performance, have done so because they’re disillusioned with bad management or management that lacks integrity. In short, they’ve become cynical.

However, some of these employees – often many of them – will regain their commitment when they’re once again able to trust a new, vitalized management. Once they’ve regained their commitment, these employees will represent a tremendous value for your organization. Remember the old adage about not throwing out the baby with the bath water.

I often ask groups of employees what percentage of their potential they are actually contributing to their organizations. Consistently, their responses range between 50 percent and 75 percent. This represents a staggering potential for improved performance that management fails to tap. Why?

Because management often doesn’t understand the importance of removing the barriers to higher productivity.

What you can do to tap the potential

How can we realize the 25 percent to 50 percent gain in performance? The answer to that is to commit — or re-commit — to the four keys to superior company performance:

Deming defined waste as any action or expense that does not add value to the final product. It was his experience that there was never less than 20 percent waste in any organization. Our experience, to date, is that waste is even more prevalent than that. Waste comes in numerous forms, including unnecessary process steps, duplicated steps, work that has to be re-done because it was not done correctly the first time, multiple levels making the same decisions, nonproductive time, and so forth.

We at Professional Growth Systems have trained and supported process improvement teams in the for-profit, non-profit, government, service, airline, oil field and other sectors. Consistently, the re-designed processes developed by employee teams have resulted in a minimum of 50 percent, and have often reached 100 percent improvement in performance. This training is the best investment in improved performance a company can make. But keep in mind that you get the most profitable results from performance enhancement training when you have also addressed the other three keys (clear focus, accountability, commitment to cooperation).

Not only is performance improved, but employee commitment is significantly heightened, because those employees are now managing a process of their own making, and will continue to make improvements in the future.

If you would like more information on what process improvement can do for your organization, e-mail us.