How Many Board Meetings Should You Be Having? 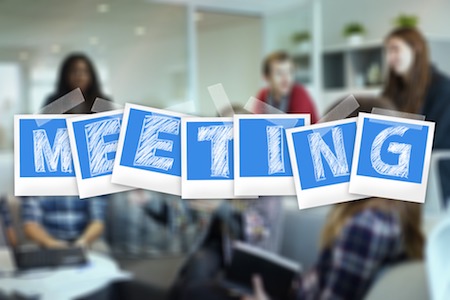 How can there be too many meetings? CEOs with a high need for achievement often want to limit board meetings.  Meetings take a large amount of time to prepare for, attend, and follow-up on. They would rather be working on the goals of the company than attending a meeting to define or review progress on the goals.

For CEOs and staff, meetings do NOT add value when:

The conversation in the CEO’s head goes something like this: “If you spent less time meeting to be sure I am getting things done, I would have the time to get enough done that you wouldn’t worry about it.”

How can there be too few meetings?

This sentiment is usually heard in the non-profit sector, where the individual directors are expected to do some of the work of the organization, most especially, fund-raising. Not being willing to meet is seen by CEOs as a lack of commitment.  That lack of commitment then lessens the commitment of staff.

This also occurs in the for-profit world when boards are composed of very busy individuals who are willing to go with their gut feel for whether faith in the CEO should be continued. But, the CEO feels alone out there, not knowing if his or her back will be covered when tough decisions go down, because there is always a downside. Always someone disappointed.

The answer to that question should result from conversations between the CEO and the board. Every board should have these conversations, in which these kinds of issues are discussed:

The exact number of meetings is not a cut and dry, consistent answer for every board of directors. Answer the above questions and have a frank discussion with the CEO, staff and full board.  Then put an action plan in place to improve your meetings and their results in the future.