Def. – Servant Leadership is a leadership philosophy in which the goal of the leader is to serve….  A servant leader shares power, puts the needs of the employees first and helps people develop and perform as highly as possible…the leader exists to serve the people (Wikipedia) 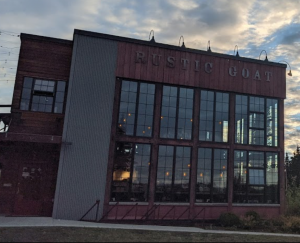 One of my wife and my favorite spots to have a meal or just hang out is The Rustic Goat in the Turnagain neighborhood of Anchorage. Many on the staff have become like family. They were there for us during COVID, making us feel safe as they were very cautious.  One of the characteristics of the Goat that separates it from others is that staff come to hang out there on their days off.

Last night, I asked Lindsey, one of the server/managers, why they had been closed earlier in the week. She responded that they were going to shift over to a new menu which she then shared with us. I then asked about the head chef, who had been there for years, but wasn’t there that night. She informed me that he had moved on to another career and that they had recruited a new head chef from Portland. She was proud to inform us that they now had both a great chef and a great leader on their team.

Shortly thereafter, she brought Frazer over to introduce him to one of the “regulars” and supporters of the Goat. Frazer had a warm, humble, and upbeat bearing about him. His perpetual smile told the tale that he loved his new gig. He informed us that his first move was to elevate both Lindsey and Jam (another favorite server) to positions of more responsibility, noting that he believed they had not been rewarded fairly for their dedication and hard work. 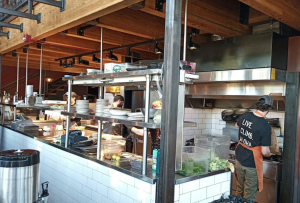 After a brief conversation, Frazer returned to work. After checking on the other chefs, he came back around the serving table (the table that separates the open kitchen from the servers and upon which the prepared meals are placed for delivery to the patrons). He then proceeded to begin picking up finished plates and delivering them to customers, i.e. doing the job of the servers.

I yelled out to him (we were sitting at the bar just opposite the serving table) and commented on his unusual move to aid the servers (vs. yelling at them for not delivering the completed servings while still hot). His response was simply “I need them more than they need me”. A simple truth underlying the servant leader philosophy and wisdom that should be exemplary to most situations leaders find themselves in.

The Goat has always been energetic, positive and filled with loyal customers. But, it has a whole new vibe now with servers loving their new leader, feeling supported and proud to show him off to patrons.