HomeBlog-2GrowthlinesImplementing Change #2: The Importance of Selling the Big “Why”

Implementing Change #2: The Importance of Selling the Big “Why” 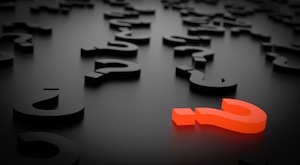 This is the second in a series of posts laying out the vital points of successful change implementation. This second post is about the importance of selling the big “Why.”

Why sell the big “Why”

In my experience, the single greatest cause of failure in bringing about change is simply not getting followers or “doers” on board. It is a failure of leadership. End result? Too much frustration; too much time and money invested. Leadership winds up giving in, or tries to force the change, which means poor execution. Either way, the change fails.

For leaders, the challenge is a matter of having the patience, persistence and standing, to get buy-in. As Harry Truman once said, “Leadership is the ability to get men to do what they don’t like to do and like it”.

A leader of a large state agency I was coaching looked back on his successful effort and put it this way: “You kept telling me to go back out there and sell the need for change again, again, and again. I did it, and it worked out, but there were times when I was so frustrated, I just wanted to give them an order.”

Thankfully, he resisted that temptation and the project was successful. In a fascinating book entitled, Profits in the Dark: How Xerox Reinvented Itself and Beat Back the Japanese, the CEO and quality consultant who co-authored the book, talked about the importance of building and selling the case for change. They amassed a huge document containing the “whys” and “whats” of their strategy for turning the company around. But, as the CEO said, “ …if people were going to board this quality bandwagon, then it had to be something that I could explain to anyone in the company during the course of an elevator ride.”

The speech was given countless times.

Jack Welch, the celebrated former CEO of General Electric, prescribed the following for getting people involved in the change process: Start with reality. Get all the facts out. Give people a rationale for change, laying it out in the clearest, most dramatic terms. When everybody gets the same facts, they’ll generally come to the same conclusion. Only after everyone agrees on the reality…can you begin to get the buy-in.”

My experience is that a common reality is a must. But, be aware that it’s often trumped by experiences employees have had inside, or outside, the current work environment.

What it takes to sell the “Why”

As we covered in the last issue, the “why” must be about the customer and it must be supported by customer data. First, customer loyalty, attracting more customers — not losing customers. These concepts are potentially understood by everyone in the company. Second, customer loyalty trumps parochial concerns of territory, power, and so forth, better than any other driver for change.

In a brilliant work, Sacred Cows Make the Best Burgers: Developing Change-Ready People and Organizations, the authors lay out these pre-requisites for enrolling followers in change:

You can have great data, a great rationale and a great presentation of the “why,” but if the followers don’t believe in the integrity of the leadership, they won’t be sold.

The pre-requisites for selling change are a combination of trust and a genuine sense of caring for those doing the work. Integrity is the currency of leadership and the building block of trust. Your word must be your bond, and your actions consistent with your words. Caring means understanding and showing compassion for the fears and anxieties that people go through in a change process.

If you can demonstrate — yourself — the courage to make and invest in change, others are much more likely to follow suit.

Let’s go back to the director of the state agency, who lamented always having to sell the change. As we will learn in a later article on transitions, all individuals are unique in how they handle change. Some will be early adopters, others will hold out until the end. It is true that, depending on the magnitude of the change, some may never get there, and will become casualties of the change process. However, you can minimize the damage to the organization as it undergoes change, by investing heavily in selling the change from beginning to end. The return on investment of this effort is huge, but also VERY DEMANDING on already overtaxed leaders.

How To Get Started

Here is a sequence of steps to get you started:

Questions or comments? E-mail us. We would be interested in continuing the conversation with you.

To read the rest of the posts in this series on change click on any of the links below:

Change 4: Let Those Who Do the Work, Design the Work