The Importance of Incentives 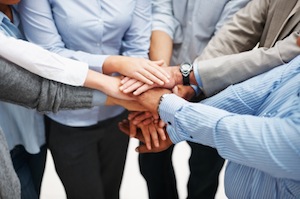 I realize last month I promised a post on how to use your strategic plan as a tool to improve performance. However, a recent vacation to Europe afforded me the chance to experience management practices in other countries and examine their impact upon results. While those experiences and thoughts are still swimming fresh in my head, I wanted to capture them for you in this post. In the next post I will return to our look at performance via the strategic plan.

As for my trip overseas, the area of management practices that particularly interested me was that of incentives. By “incentives” I am encompassing everything from the broadest scale of incentives as opportunities to advance and succeed down to the more common incentives of tips or compensation for work well done. Let me explain.

America still stands alone as the land of opportunity. I saw this while traveling overseas 40 years ago and witnessed it again on this trip. The Obama story, Facebook story, Microsoft story and so many others are only possible here. Good ideas and hard work are rewarded with success in ways that no other nation can match. Even in family-owned businesses in this country, competence ultimately rules as the level of competition in our marketplace quickly weeds out those not performing well. The absence of ceilings

A late night discussion with a bartender in Paris brought home the fact that America also stands apart as a land of unlimited possibilities. The young man who waited on me was bright, personable, spoke at least two languages well and had completed a university degree in the hospitality business. I asked him if his dream was to someday own his own hotel, a likely ambition for a graduate of an American program. He almost laughed at the suggestion, indicating this was not possible. Rather, he saw himself continuing in his current role or maybe becoming a manager.

I thought about how much potential contribution to national wealth development was being lost because the way the system was structured compelled this young man to see a limit on the goals he could set for himself.

Forty years ago I saw the same phenomena when befriending a number of associates in an insurance company who marveled that in the U.S. a successful insurance agent could ultimately own their own agency.

Incentives on an individual level

Much of our trip was spent in Italy, with the rest on an Italian cruise ship that was managed using the Italian system. It is customary there that restaurants and bars automatically charge you 12% for a service charge, the equivalent of our tipping system. It was apparent that providing an additional tip (which the guidebooks say is not expected) was quite rare.

The impact of this system showed in the service levels we received.

Most of the crew on the ship was from Indonesia or countries other than Italy. In many instances, good service was simply part of the international crew members’ culture, and their service was high. In other cases, crew members had just arrived from other cruise lines where tipping was a customary part of their system, and they were still operating as if that incentive was in place. But for those who had been crew members on our ship for some time, the absence of an incentive often resulted in sub-standard service.

One crew member we befriended had recently joined the crew from another cruise line. His home country was Honduras. He would implore his fellow workers to provide a higher level of service, saying to them that such a level of service is what the customer expected and that unless provided, the customer would be displeased. He was rather astounded that they did not respond to what he had to say. The lack of incentive had impacted their motivation for exceptional service.

Incentives within your organization

Hopefully, I have made the point that incentives are important. To that end, I have three thoughts for you to ponder regarding incentives in your own organization: In summary, part of what has and will continue to make America a dominant country economically is that we:

What are your thoughts? Could you be doing more with your incentive system to realize greater performance and growth? We would enjoy joining in conversation with you on this topic. Contact us via e-mail.