The Leader’s Contract with Followers 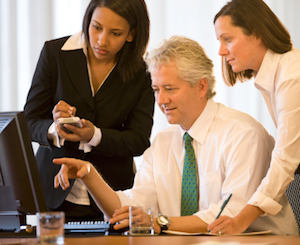 But recent experience with an impressive management team made me see that there is another “contract” at play in getting improved performance in an organization. It is the contract between the leader and his or her management team.

The contract I saw evolving in this recent client planning session had the following “terms and conditions”, if you will. The leader pledged to:

Unstated, but well understood by the members of the management team, was that they were expected to deliver on the following in exchange for delivery by the leader on his pledges: What I witnessed was the best example to date in a long history of working with leaders of what many authors call the “servant leader”. It was powerful to watch it unfold. Unspoken was a very strong contract along the lines that I have outlined. It was clear to me that everyone in the room, whose attention was fixed and active for three days, understood that they were left with no choice but to deliver at a high level, having been given the opportunity that the planning processes afforded them and the commitments made by their leader.

Your route to improved performance

If you have interest in exploring how to get similar results, send us your comments or contact us to talk about how to go about this in your own organization. This could be done via e-mail or in a short phone call. To set up either one, simply send us an e-mail.